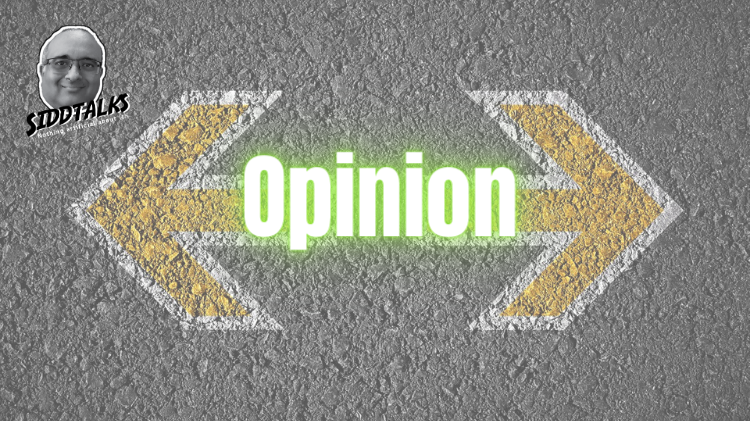 I always say that when we don’t have fingers with the same lengths then how can two different people have the same opinion? It is human nature to disagree and that actually should bring a healthy debate or discussion. But, on the contrary for last one or two decades, we have witnessed that difference of opinion often brings ugly fights and sometimes these fights bring violence, both verbal and physical.

In India on the political hemisphere, we have seen such ugly fights regularly since 2014. The year 2014, being the landmark year in India’s history which overthrew a long and mostly one party regime and installed a new, fresh and nationalist rule. Being a democracy change in regimes after every few years is natural and it should be compulsory as well. But because of one big portion of the Indian politics ruled the country for not less than seven decades, it was able to develop a strong and deep ecosystem in the country. That very ecosystem was challenged by the new rule and its supporters six years back and thus part and parcels of that ecosystem felt uneasy that their grand fortress will soon be demolished.

That fear also brought the new rule of not taking the difference of opinion first seriously, then positively, and later constructively. Those who were supporting the newly installed rule were mocked and made fun of, just because they had the opposite opinion about how this country should be ruled. They were mocked for being ‘bhakts’ of the ruler of that fresh administration. This ecosystem even ridiculed the intelligence level of the supporters of the new rule.

Being more emotional towards national duties and the nation itself, the supporters of the new rules often made some foolish mistakes while putting up their opinion on social media and also on the mainstream media. That is where that ecosystem started to keep them in a very low esteem. Although that hardly mattered for the nationalists and they kept on working for the good of their nation, India. Problem aroused only when the Indian army conducted a surgical strike first inside Pakistan and then the Indian air force completed a successful and never thought of airstrikes on terror camps in Balakot, Pakistan.

Just because the ecosystem till now had a difference of opinion with the current administration and their supporters they asked for proofs for those brave works done by our soldiers, easily forgetting that such certificates can never be given as they are highly classified matters. They even enjoyed it when an Indian air force pilot got captured by the Pakistani army while chasing down an attacking Pakistani air force fighter jet. They even praise the Pakistani prime minister for releasing the pilot within 36 hours of the incident. The main reason behind such shameful acts can be attributed to differences of opinion only.

So, the thing is that difference of opinion these days not can bring dirty spats, insults, curse words, emotional and physical attacks but also compel someone to act against nation. I have been privileged to be part of the panel discussion on one or two Gujarati news channels for the last year and a half. I have seen many of my co-panelists switching on their political differences and fight to their teeth to make the audience agree with their political opinions, but later when the camera is off they even switch off their political differences and have tea and breakfast together in a jolly good atmosphere.

One would believe that that should be the way only while one has a difference of opinion on any subject with someone. Even while presenting one’s different opinion on a certain matter, one should always carry a dignified level of discussion. That takes the level of the debate at a very extreme level and that also gives a good impression of the person to those who are listening or watching. But the problem with a few is that such a dignified behavior also sometimes, makes you realize your mistakes and because these days most people do not even try to accept their mistakes they make the debate look ugly at some point.

We have seen bad-mouthed discussions on many of our news debates in past, in certain countries people with different opinions also get involved in a physical fight and that too live on a national network. Not accepting another person’s different or opposite opinion can also be due to ego and the size of it. A person with a huge ego cannot accept a different opinion and thus he or she always tries to suppress that different opinion and ultimately loses control over his or her mind and later on his or her physical actions.

The ego can work ‘wonders’ to any person. Ego can also bring a belief that I am always right and one must toe the line I draw, not once but always. When you have that kind of fixed mindset you will never agree with another person’s opinion, not only that you also shut the doors on the truth and common sense as well. With such type of mindset you forget that the same person largely had similar thinking to yours till the recent past just that for a matter or two, he/she is thinking differently.

Now what happens is that you forget everything about that person’s past which was more or less similar to your opinion and thus you start to mock or insult him and at some stage you even start to make conspiracies to malign his image in the society or nowadays on the social media platform. I have seen this happening with people having a similar mindset and ideology, and just that for one instance, one person chose to have a different opinion and that’s it! All his past support now has been forgotten and that person becomes one of the most unwanted persons in that group of a similar ideology.

As I said at the start of this article when we don’t have our fingers of the same length, how can two people have the same opinion? Accept that all your arguments can’t go well to other people always, reasons may be plenty, and that will certainly make you not only a good listener but also a good human being as well. Respecting a different opinion can only increase your stature in other peoples’ psyche.

Mind you! accepting opposite opinion should not be partial or just for one time, it should be always and ultimate!

Why the Lal Singh Chaddha boycott can be justified

Vlogging is quite a new thing compared to blogging that actually started in India just a decade and a half ago. At least I haven’t heard the words vlog or Vlogger till five years...

Everyone in my family of four was super excited about this wedding. Not because it was our first ever visit to Goa, but it was going to be our first-ever luxury destination wedding in...