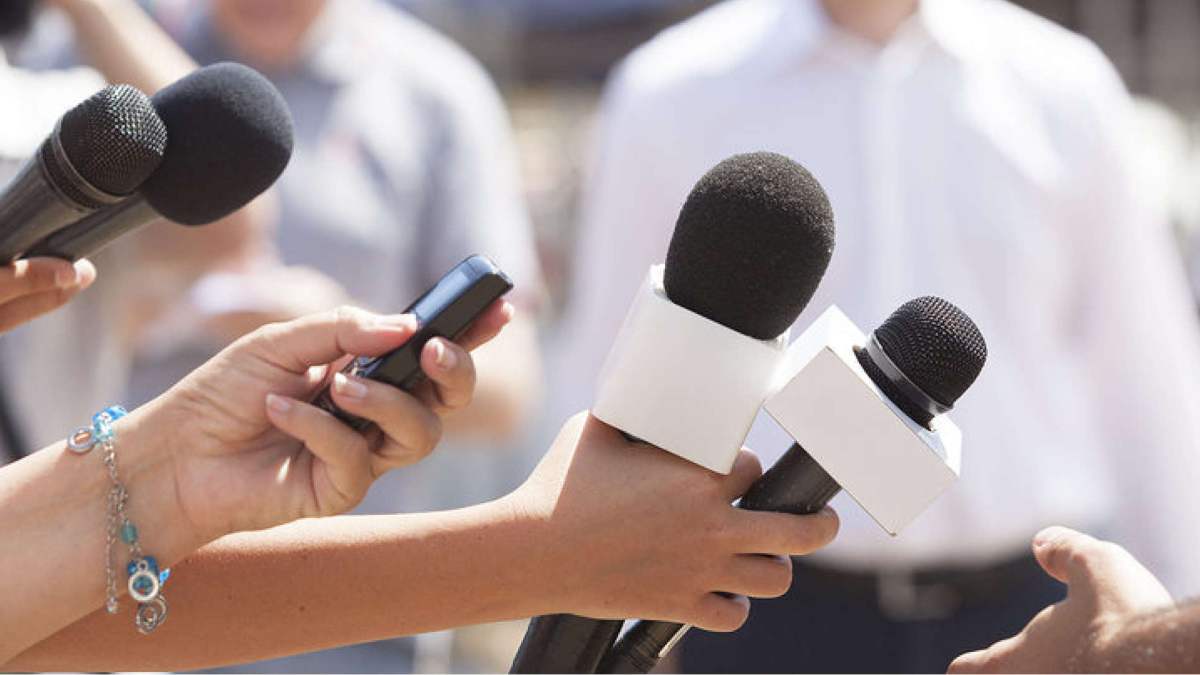 Before we go further, I want to clarify one thing. I am not much into Hindi or English print media, but yes I do follow them on various social media platforms and get an idea how they are working. Over here whatever observations I will put forward will be mainly of the Gujarati media with the understanding that in the current age, Gujarati media is no different than the Hindi or English media. So, let’s get to the point.

The normal or the popular understanding of the word media is that its basic work or job is to inform people. Because people don’t have direct access to the things happening around them and around the world, the media, as the word itself suggests works as a media between the news and the people. At the same time, media is also seen, not only in India but also worldwide, as a strong tool that affects public opinion directly. That is why wherever there is a military coup; the first casualty is always media.

Opinions can be self-made after getting informed through news and that can be an expected procedure, but for the last decade or two, media worldwide itself is busy in creating opinions that suit them, and in the process, they often remain ignorant to present the true story behind the news. If this is not enough these days we see more sensationalization of news than just the presentation of news or facts.

We regularly see on almost every Indin news channel that whenever a news item breaks they don’t show the captioned news in full, it is always in parts. Let us understand this through an example.

Just one or one and a half line breaking news has been broken into 10 lines and thus it creates a sensation among the watchers. Not only that but the news anchor or the presenter too follows what is shown on the screen, even he or she doesn’t speak the second line so that the concerned audience, class 10th students and their parents, in this case, get relived without waiting for the 10th time when the complete news is broken. This is just an example, imagine the curiosity level when something serious has happened and people want to know the truth behind that news and they have been treated like this?

When there is an earthquake, a terror attack or a rumor about some celebrity’s death or illness these news channels don’t understand the need of the hour and they keep on making their audience wait. This is called sensationalization of the news and this brings more watch time for the news channels. The more you stretch the news, the more time people will spend on your news channels and thus your view time statistics become more attractive and thus you get more TRPs and advertisements.

This is about electronic media, now let us come to web media. Web media is no different than electronic media as they are also very good at creating sensational headlines regularly. Even in print media, we have witnessed sensational headlines for decades now but this is something different, a taste of ‘this’ in the headlines to make it sensational has been added. I have witnessed that in the last few years, maybe four to five years, most of the headlines of any news website carry the word ‘this, no matter which language they belong to. Let us also understand this with an example.

“A teenager from Surat did ‘this’… you will be shocked to know!”

One can easily understand that with such a curiosity-creating headline the intention of that news website is to get more and more clicks, which in other words it is called ‘clickbait.’ There are few click baits where people can get related news but there are many where click bait remains click bait only because the news page you land into after clicking that headline will have a different or irrelative story and you will curse yourself while reading it for wasting your time.

In print media these days there are many examples of misleading headlines. We all know that media in India is driven by agenda which is against the BJP and the BJP government at the center. So by putting misleading headlines the print media can easily spread their agenda. Last month in a leading Gujarati daily there was a news story which was related to ‘Dhaman ventilators’. The headline was suggesting that in many parts of Gujarat hospitals have returned Dhaman ventilators for their inefficiency. But when you read the entire story you will get to know that hospitals across Gujarat are now in no need of these ventilators as the requirement of them are getting less due to decreasing COVID 19 cases.

The opposition in Gujarat and the Gujarati media is known for their anti-Dhaman ventilators stand since last year when they came into the picture as saviors for the corona-infected patients. But then the agenda slowed down with decreasing corona cases, but suddenly they were back on headlines during the second wave of COVID 19 but surprisingly just for one day.  When I read that headline and gone through the news story, I asked myself, how many Gujaratis would have cared to go through the entire story and not just the headline? This is how the agenda against this government works.

Fake news is another tool that left-liberal media is freely and deliberately using to spread its anti-government agenda. Although they don’t take the responsibility for the same, but whenever there is fake news spread by the opposite fold they mock them by calling it ‘Whatsapp University’ and forgetting that they are the deans of such university.  There is a pattern that can be seen in Indian media. They first create fake news, which is usually to demean the image of the central government, BJP, nationalists, or Hindus.

Then they spread this fake news through their social media accounts and their supporters or their paid fake accounts and make them viral. Then their ecosystem’s ‘so-called’ fact-checkers get into the action and they dutifully prove that this news is real. Once this is done, the same ecosystem starts a hashtag on Twitter, and with the help of fake accounts, they make the hashtag as number one trend in India. Once this is done left-liberal news channels start a discussion on this and give their verdict as well.

This cycle runs for four to five days and thus it creates a negative narrative in people’s minds about the current government, BJP, nationalists, and fellow Hindus. Obviously, these people will then think about this stuff and start to concrete their opinion based on fake news. But now comes the fun part. After all, this has happened the related central government department or ministry comes into action and they deny that fake news with proper evidence. But the same print or electronic media, the so-called fact-checkers, or the ecosystem either do not give much importance to that evidence and do just lip service or ignore them or they even remain with their fake news and call those evidence as fake with audacity!

By the time government agencies take action against these fake news spreaders, the majority of the people have already made their opinion and that opinion is anti-government most of the times. But thank god there is social media and the same platform which was used to spread the fake news is then used to counter it by pro-government, pro-BJP, nationalists, and Hindus by heart people. The Atal Behari Vajpayee government lost the 1999 Lok Sabha elections mainly due to price rises.

A few years later it was revealed that many of the hoarders were supporters of the various opposition parties at that time. But because of the absence of social media during that era, the Vajpayee government couldn’t be saved. But the time has changed. Despite Congress and the Left ecosystem is still thriving in India, there are selfless nationalists who can destroy their agenda within few hours to save the face of the BJP government. This makes the ecosystem frustrate but that also helps the majority of the core voter of the BJP to create silence which he will break only when he will press the EVM button.

Today’s media never accepts its mistakes or faults. Instead, it will always remain in denial mode. Indian media believes that it is over and above everything, even above the people of India who have made the media what it is today. With the boom of social media and increasing dependency on it finally, people are getting a clear and balanced picture of any sensational or fake news. Even this blog is an example of changing the mindset of Indians, don’t you think so?

Just went through a Facebook post of my friend this morning, where he just placed his views about what could have happen behind Aryan Khan’s arrest. I was about to comment my views on...

Attack on Hinduism will not give strength to your ‘secularism’

India is a Hindu majority country and no one, absolutely no one can doubt that fact. But for the last two decades at least, it’s Hindus who are getting attacked and insulted almost every...