Arvind Kejriwal’s temple run in Gujarat will not help his party to put up a good show in Gujarat Assembly Elections 2022, here is why

I always wonder why the self-proclaimed secular parties and their leaders start their temple run in a poll-bound state to put up an image of being Hindu. For four and a half years they hide under the robe of secularism and during that time they curse, abused, and attacked Hindus, Hinduism, and, Hindutva suddenly once the elections are nearing they start their temple run to book Hindu votes. Last Tuesday (26th July 2022) the people of Gujarat have seen a similar beginning of a forthcoming temple run by the Chief Minister of Delhi Arvind Kejriwal when he visited the Somnath Temple.

For the last three decades, Gujarat has been seen as the ‘laboratory of Hindutva’ for the Bharatiya Janata Party (BJP) and the party has been getting a massive number of votes on the basis of Hindutva only. For us, the Gujaratis, this kind of temple run is not a new thing. During the Gujarat Assembly Elections 2017 campaign, the then Congress president Rahul Gandhi visited almost all the major mandirs of Gujarat and thus one can sense that Arvind Kejriwal started a similar temple run when he visited Somnath earlier this week. 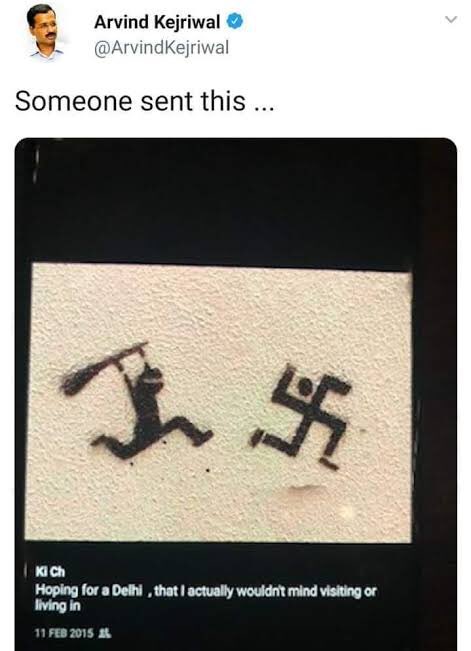 This is not enough. Earlier this year the movie ‘The Kashmir Files’ which exposed the Hindu genocide in Kashmir in the 1990s and got overwhelmed support by Hindus of India, the same Kejriwal who wants to do a temple run in Gujarat, mocked the movie, called those facts shown in the movie are lies and also advised the producer and director of the movie Vivek Ranjan Agnihotri to release it on YouTube.

The president of the Aam Aadmi Party in Gujarat, Gopal Italia who was with Kejriwal at Somnath, has also mocked and insulted those kathakaars who do Ram Katha, Shreemad Bhagwat Katha, or even Satyanarayan Katha in Gujarat. When Arvind Kejriwal was in Somnath, we have not heard that he has asked for any clarification from Italia regarding this issue, and neither Gopal Italia has said sorry for his past insults on Hindu rituals and beliefs.

See, the hidden fact behind all this is that Arvind Kejriwal or Congress for that matter, unlike BJP, can’t say in open that they are the supporters of Hindutva because in the process they will lose their Muslim vote bank.  During Ramadan Arvind Kejriwal we have seen is either hosting an iftar party or being part of it. Also, we haven’t seen Arvind Kejriwal who loves temple runs has ever supported Ram Mandir in Ayodhya with an open heart.

On the contrary, in 2014 Arvind Kejriwal tweeted against building a grand Ram Mandir at Ayodhya sighting his Nani’s (maternal grandmother) views that her Ram will never be happy if his mandir has been built on a demolished mosque. The same Kejriwal gave his best wishes to the people of India when Prime Minister Narendra Modi did the Bhoomi pujan of Ram Mandir. 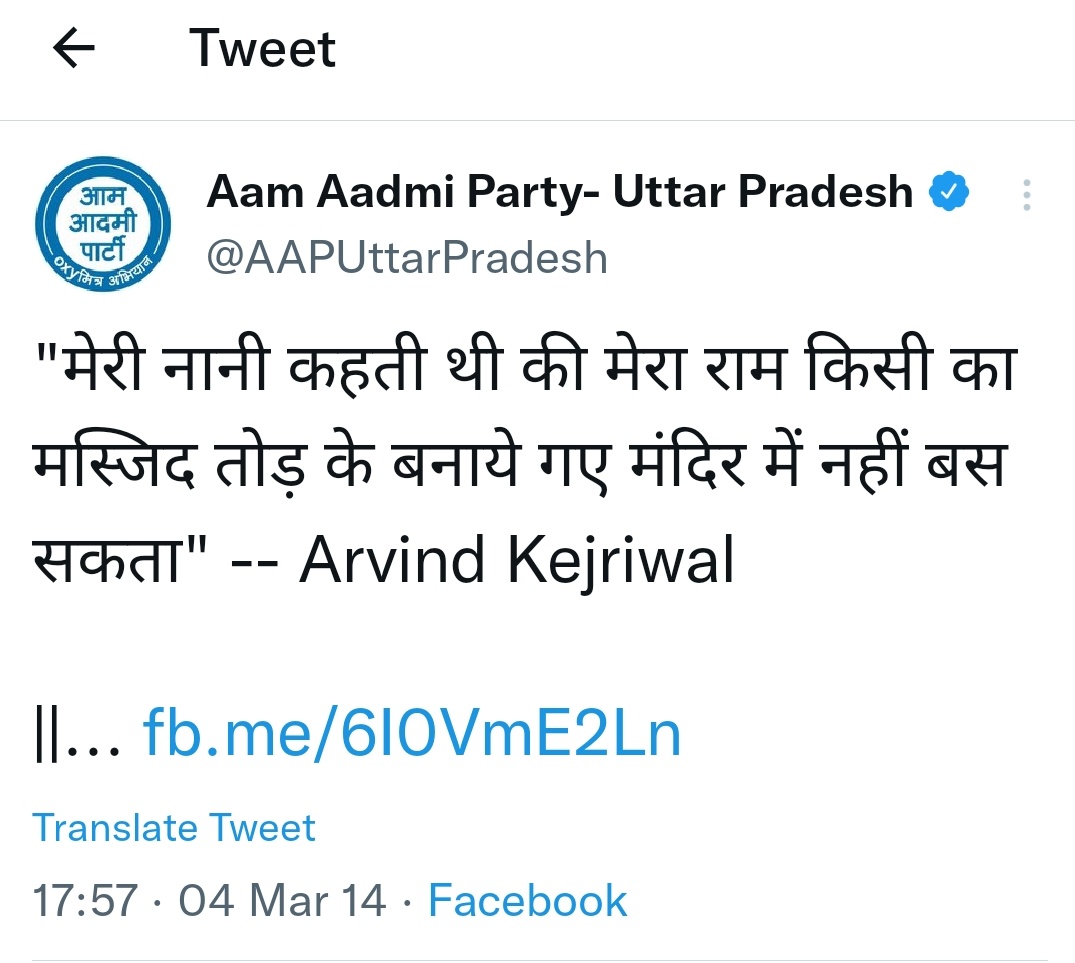 The people of Gujarat are very religious. Here we have two Jyotirlings in Somnath and in Nagehswar. This is a land where Bhagwan Krishna lived most of his life in Dwarka and also left for heaven at Bhalka which is near Prabhas Patan. So if someone has to lure the Gujaratis he has to speak good about Hinduism and also has to show himself as a good practicing Hindu and for that just like Kejriwal who visited Somnath, other secular political leaders have also done a token temple run time and again.

But the desired results are not what these secular net as expect after the ‘hard work’ they put in by visiting most of the popular temples of Gujarat. Because the majority of the Gujaratis know that these leaders are trying to fool them by visiting temples after the other, just to secure their votes. Probably that was the reason why Gujaratis rejected Rahul Gandhi’s temple run last time around.

Arvind Kejriwal is probably aware that this time around he has a greater chance to get Hindu votes along with the Muslims. Even Congress knows the same and that is why it has passed on a message to the Muslims of Gujarat through its senior leaders like Jagdish Thakor, Jignesh Mewani, and Kadir Pirzada last week that the Congress is the only savior for the Muslims of Gujarat. Congress is doing this to get back the power in the state but Kejriwal is not in hurry for that, he is just trying to balance between Hindu and Muslim votes. So, whatever secular image Kejriwal is presenting of himself he knows that in Gujarat he needs to lure Hindus along with the Muslims.

The Gujarat Assembly Elections 2022 is still four months away, but Arvind Kejriwal has already visited Somnath which shows that his drama of being a practicing Hindu has just started and for sure in the coming weeks he will also visit Dwarka, Nageshwar, and Ambaji temples where Gujarati Hindus put their immense faith.

By doing the same, Kejriwal may not be able to restrict the damage to the image of his so-called ‘Delhi Model’ in Gujarat which is already been made by the Gujarat BJP and a few RTI activists from the state. He may make Congress a bit jittery but he won’t be able to push the Congress on the brink in Gujarat for sure.

This time around whatever number of seats AAP wins in the Gujarat assembly will be its clear profit, so to make it look even better Arvind Kejriwal has started this temple run by visiting Somnath so early in his campaign.

Being a Gujarati and a big fan of Indian politics I have been publishing and will be publishing many more blogs on Gujarat politics in the coming weeks. I am sure you will like them. Kindly give your views and your assumptions of what can happen in the upcoming Gujarat Assembly Elections 2022 in the comments section given below.

Till then it is Avjo from my side.